A Mountain on My Mind
 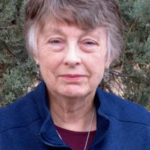 A native of eastern Oregon, Carol has lived in Prescott for 35 years. She leads a life of leisure, having retired several years ago from managing the Yavapai College Art Gallery and teaching occasional classes in the college’s art department. The joy of exploring the natural world has consistently been the impetus for her artist’s books. 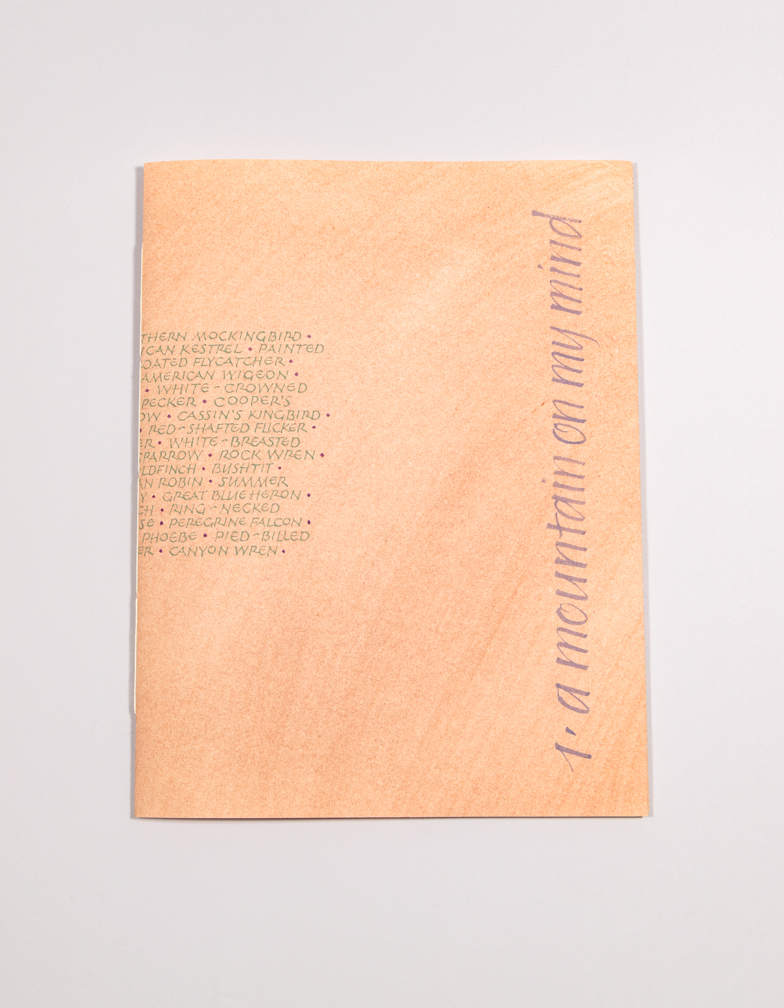 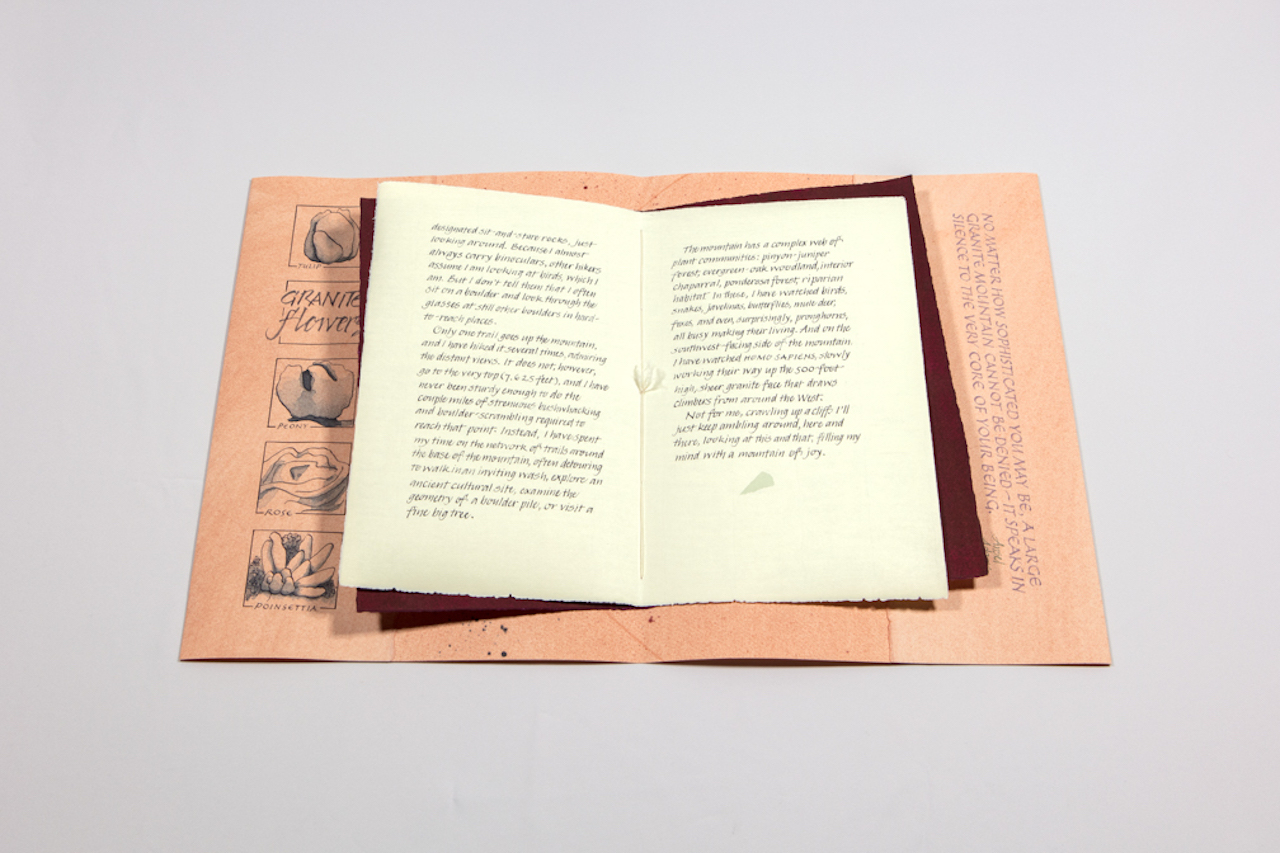 Meditation on a Mountain

In Arizona, COVID-19 first made its appearance in the large desert cities of Tucson and Phoenix, then gradually spread to the small towns in the rest of the state, including Prescott, where I live, in the central highlands.  As this process began, I was absorbed in finishing a long-term project:  a one-of-a-kind, handmade, calligraphic artist’s book called Four Meditations on a Mountain.  It is my very personal tribute to nearby Granite Mountain, which delights and comforts so many of us in the Prescott area in good times and bad.

The book is in four sections, boxed rather than bound together.  The text for the first section, “A Mountain on My Mind,” is a short, rather impressionistic introduction to Granite Mountain, describing my own relationship to it. It is included here, along with photos (by Alan Lade) of the cover and the central opening of that section.  The texts for the other three sections are longer and more information-based.  They sketch the mountain’s geology; give an account of the ancient Prescott People, fragments of whose lives still exist around the foot of the mountain; and recall the Doce Fire of 2013.

A Mountain on My Mind

It’s as if a little piece of my soul
stays with you,
flitting from boulder to boulder,
waiting for my body to appear
and my eyes and fingers to caress
your shapes and colors and textures.

A rough, sprawling, strawberry-blond mountain dominates the hilly landscape just northwest of Prescott, Arizona.  Granite Mountain it’s called, a name that lacks imagination but is geologically accurate.  I just call it The Mountain, for it holds a singular place in my heart.

Although I live only a couple miles from it as the raven flies, I cannot see the mountain from my house because of intervening hills. I fill my eyes with it whenever I am out and about in the car—sometimes a dangerous thing to do if I can’t take my eyes off a dramatic effect of changing light or weather.

Over more than three decades, I have spent much of my time up close to the mountain: walking, picnicking, taking pictures, or ensconced on one of my designated sit-and-stare rocks, just looking around. Because I almost always carry binoculars, other hikers assume I am looking at birds, which I am.  I don’t tell them that I often sit on a boulder and look through the glasses at still other boulders in hard-to-reach places.

Only one trail goes up the mountain, and I have hiked it several times, admiring the distant views.  It does not, however, go to the very top (7,625 ft.), and I have never been sturdy enough to do the couple miles of strenuous bushwhacking and boulder-scrambling required to reach that point.  Instead I have spent my time on the network of trails around the base of the mountain, often detouring to walk in an inviting wash, explore an ancient cultural site, examine the geometry of a boulder pile, or visit a fine big tree.

The mountain has a complex web of plant communities:  pinyon-juniper forest, evergreen-oak woodland, interior chaparral, ponderosa forest, and riparian habitat.  In these I have watched birds, snakes, javelinas, butterflies, mule deer, foxes, and even, surprisingly, pronghorns, all busy making their living.  And on the southwest-facing side of the mountain, I have watched Homo sapiens, slowly working their way up the 500-foot-high, sheer granite face that draws climbers from around the West.

Not for me, crawling up a cliff.  I’ll just keep ambling around, here and there, looking at this and that, filling my mind with a mountain of joy.