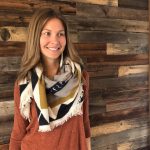 April Tierney is the author of two full length collections of poetry, Singing to the Bones (2018) and Origin Stories (2020), and is the cofounder of Fire Feeders, a collaborative press and women’s writing collective along the foothills of the Colorado Rocky Mountains. Her work has been featured in Wild Fibers and Orion Magazine, among other publications. April lives on a deer and ponderosa pine studded hillside in Lyons with her beautiful family. 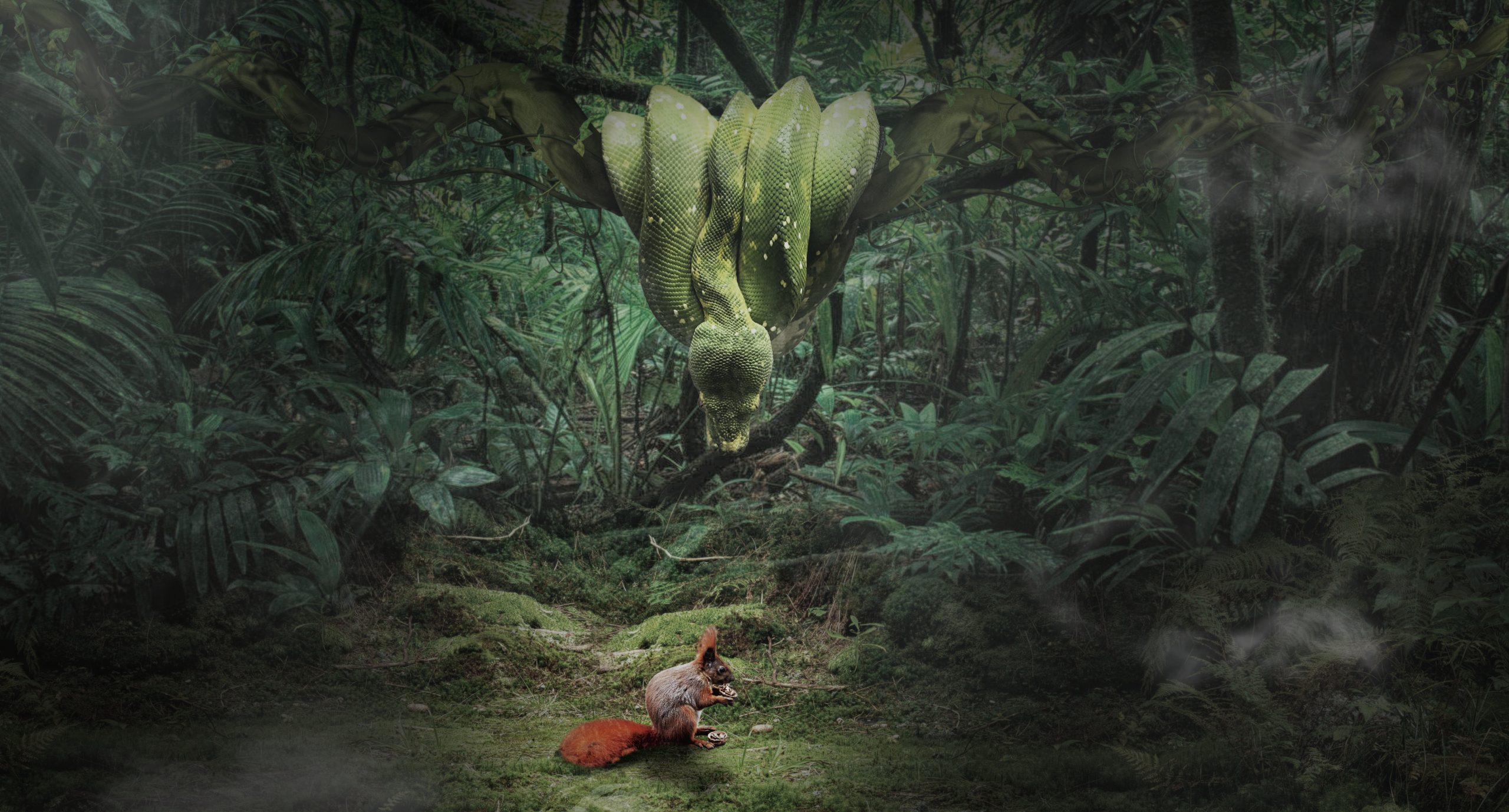 Image by Lothar Dieterich from Pixabay

feasting upon other families’ babies.

The first time was in the woods,

winding down a rough trail with a friend––

we heard the birds screeching well before

we spotted their devastation; dozens

of little chickadees bouncing around

in the trees, crying out in maddening screams

truly as if their lives and their offspring’s

depended upon it. Then we saw

the wide body of a snake

wrapped halfway up and around

the trunk of an enormous tree

which had a hollow right at its center––

as if the tree’s mouth had been caught

mid-scream too. The snake’s head

was deep in that hollow, and as the clan

of birds bounced from limb to limb in a torrent

of commotion, my friend and I stood with jaws

dropped to the forest floor watching

the snake slowly ingesting then digesting

down her smooth, elongated body.

as they traveled through that dark tunnel

into the opened arms of their death.

Such a chilling, unforgettable sight.

A woman and man stumbled up the trail

just then. The woman let out a yelp,

“This is awful! We must stop it!

Quick,” she said to the man beside her,

“throw a stick at the snake!” But he

by the rare grandeur of it all.

I wondered if anyone had ever yelled

you dare take in another bite!”

Of course not. What respectable person

would try to stop life from exquisitely

living? Isn’t death the only way

any of us go on existing?

The second encounter was halfway

below the rim of the Grand Canyon.

I was resting in the shade with a few

friends and my shoes kicked off

when a rattlesnake casually

slid past the place we were sitting––

directly over my hiking boots and into

the dense grass. My friend jumped up

onto the picnic table and I scooted back

as we watched a ground squirrel barrel up to

the rattler, then toss sticks in his direction.

at the first one from high up in a tree,

pleading with his love to move back.

But she would not. She kept screeching

and tossing up Earth; the fiercely

protective mama that she was,

desperately trying to defend her nest.

The snake seemed unfazed by this, slowly

coiling himself up and around her babes;

his head tucked into the center of his lap,

This time, I could not see the tunnel body

slowly digesting in his well-contained coil,

but surely felt sorrow and astonishment

working its way through my own simple flesh.

The squirrel in the tree kept beseeching

his sweetheart on the ground to back down

while she carried on with the agony of it all.

until finally the snake slithered off

leaving no trace of the nest in his wake.

and the silence that echoed off the walls

of the canyon will live on in me forever.