The Natural History of the San Francisco Peaks, a Sky Island of the American Southwest 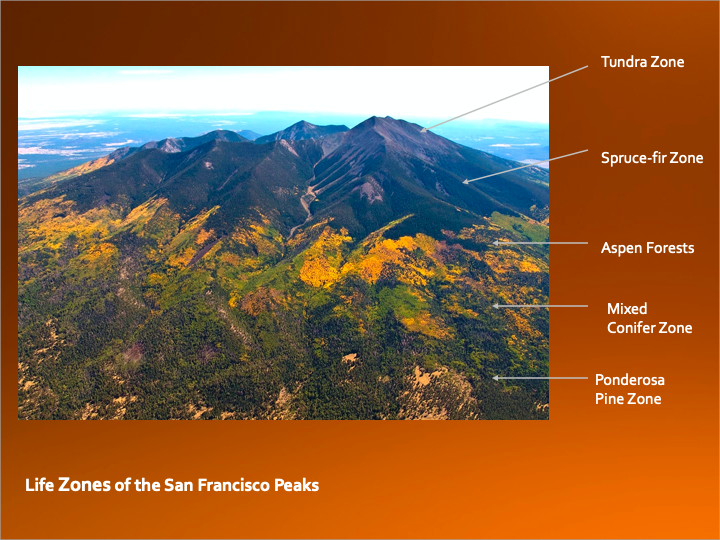 NHI Speaker Series Presents:
The Natural History of the San Francisco Peaks, a Sky Island of the American Southwest with Gwendolyn Waring.

The San Francisco Peaks is an iconic mountain in northern Arizona, revered by numerous Native American tribes and nature-lovers worldwide. Its occurrence as a high point surrounded by lowlands renders it a sky island, a mountain that supports mountain species, including those that live above treeline, in the midst of high desert. This mountain emerged over the course of several million years, and mostly during our last ice age, the Pleistocene. This alone makes for amazing stories, as well as contributing an understanding of this global event. This talk will describe some great research on the Peaks done by great characters, and will also include some updates on conditions on the mountain.

BIO:
Gwendolyn Waring is an artist and ecologist based in Flagstaff AZ. Her background in biology, with studies in most of the larger ecosystems of the Southwest, culminated in writing two books on western natural history. As an artist, she paints landscapes in many of the areas she has studied, greatly informing the process of describing a place. Future projects include opening a new art gallery in Flagstaff and continuing to study and write about the region’s natural history.