Beauty Passing Through Us: Natural History and Art as Intervention

An Exhibition in Support of Extraction: Art on the Edge of the Abyss 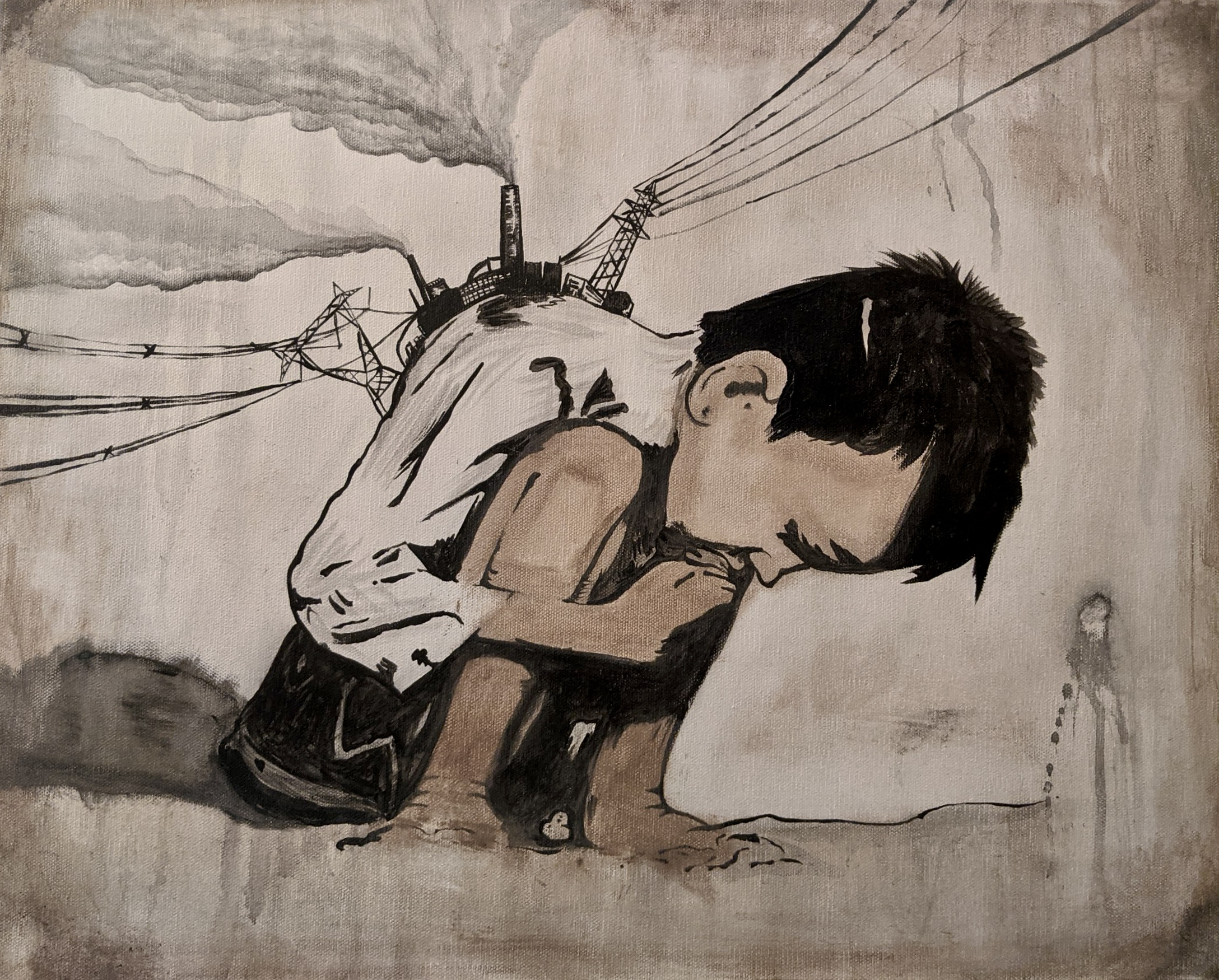 While the COVID-19 virus spreads unseen throughout our region, a 2,500-square-mile cloud of methane is also concealed, hovering over Diné lands here in the “Four Corners” area. NASA researchers have stated, “the source is likely from established gas, coal, and coalbed methane mining and processing.” Methane is the second most prevalent greenhouse gas emitted in the so-called “United States” and can be up to 84 times more potent than carbon dioxide.Two massive coal fired power plants, the San Juan Generating Station and the Four Corners Power Plant operate in the area. If regarded as a single entity, the two plants are the second largest consumer of coal in the “U.S.” Most of the generated power is transmitted right over and passed reservation homes to power settler colonies in “Arizona, Nevada and California.” It’s not news that over time, breathing pollution from sources such as coal fired power plants damages the lungs and weakens the body’s ability to fight respiratory infections. U.S. settler universities and news outlets have acknowledged that exposure to air pollution is correlated with increased death rates from COVID-19. At the same time, the EPA has relaxed environmental regulations on air polluters in response to the pandemic, opening the door for colonial imposed resource extraction projects on Diné lands to intensify their efforts.

While economic deprivation and resource scarcity are realities we face, our story is much more complex and more powerful than that, it’s a story of the space between harmony and devastation. It’s the story of our ancestors and of coming generations. It’s a story of this moment of Indigenous mutuality and resistance. Klee Benally, COVID-19, Resource Colonialism & Indigenous Resistance. IndigenousAction.org

Back to Full Gallery