This dramatic landscape of escarpments, canyons, mesas, deserts, and high conifer forests—where the Sonoran Desert of the Basin and Range Province meets the redrock country of the Colorado Plateau and the Southern Rocky Mountains, and where the northern limits of some species coexist with the southern limits of others—where, ecologically, Mexico meets Canada–is a land of high biological, ecological, and cultural diversity.

This area of impressive elevational gradients, where numerous biotic communities intersect at a continental-scale biogeographic crossroads, is one of the best locations in North America for monitoring shifting ecological trends due to global climate change. However, this grand ecological transition zone has been surprisingly neglected by scientists. Even though this region includes ten national forests and more than twenty federal wilderness areas, it has never been examined in depth, as the regions north (Colorado Plateau) and south (Sonoran Desert) have received intensive research attention.

The Mogollon Highlands Initiative will: 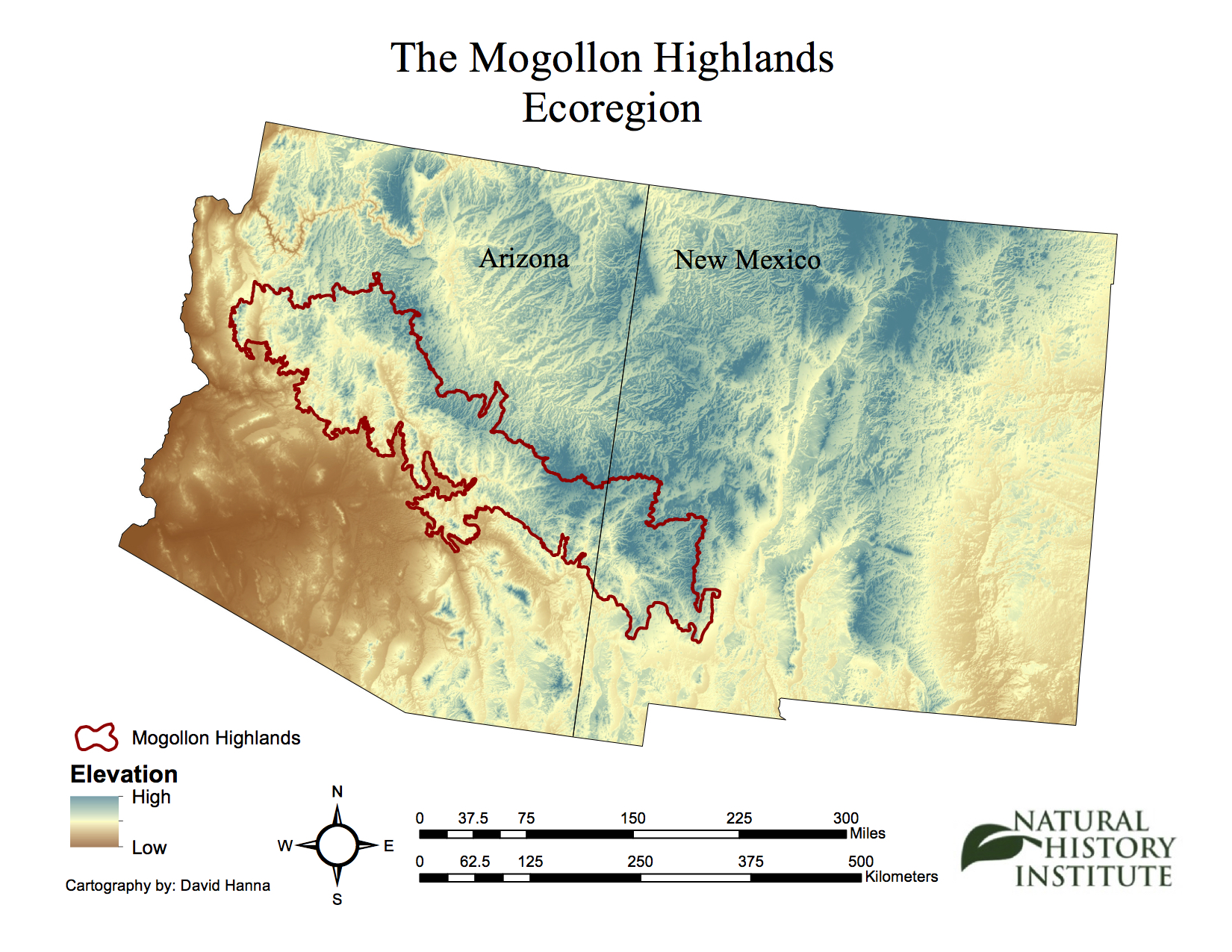 Will you help gather data as you go about your explorations of the Mogollon Highlands?

At the Natural History Institute, we strive to understand the ecology of the Mogollon Highlands. We are currently seeing considerable death of our forest trees and shrubs. Our goal is to understand where this is occurring and what species are susceptible so that we can do further analyses of the climatic and environmental conditions or insects that might be behind this trend. Please share what you are seeing. 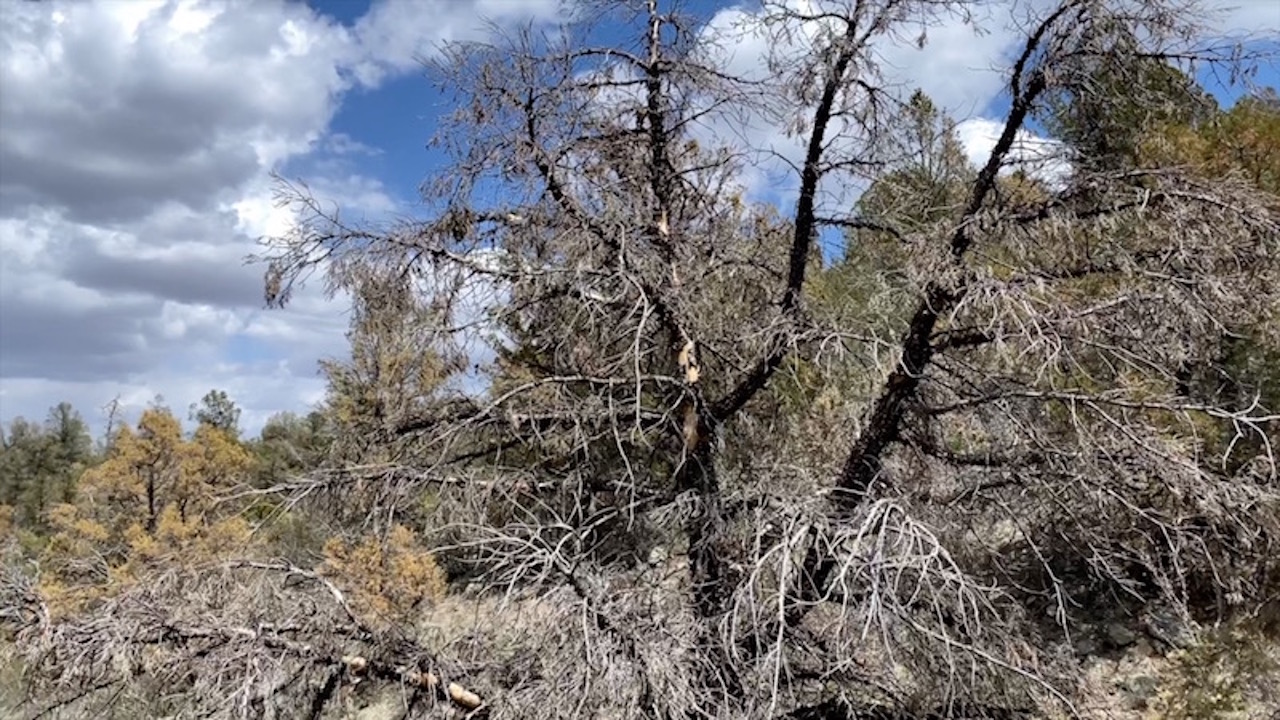 Plant Stress, Mortality, and Recovery in the Mogollon Highlands

It has been a tough few years for the plants of the Mogollon Highlands.

But, with the return of the monsoons these past few weeks, we have seen some encouraging signs in plant re-growth. As Greg Stewart has documented in these pictures, species with the ability to re-sprout have begun producing new leaves.

Find out more from Lisa here. 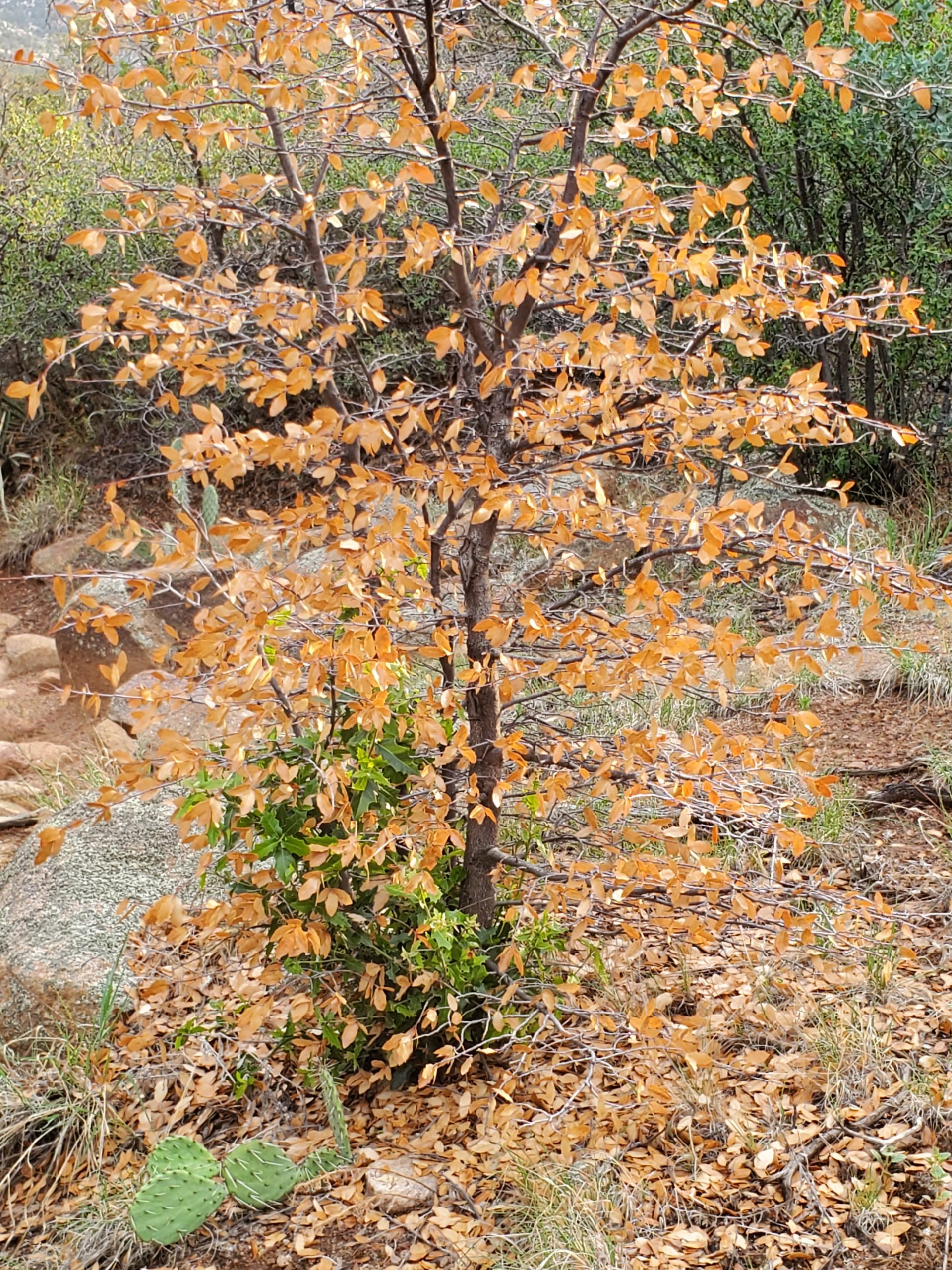 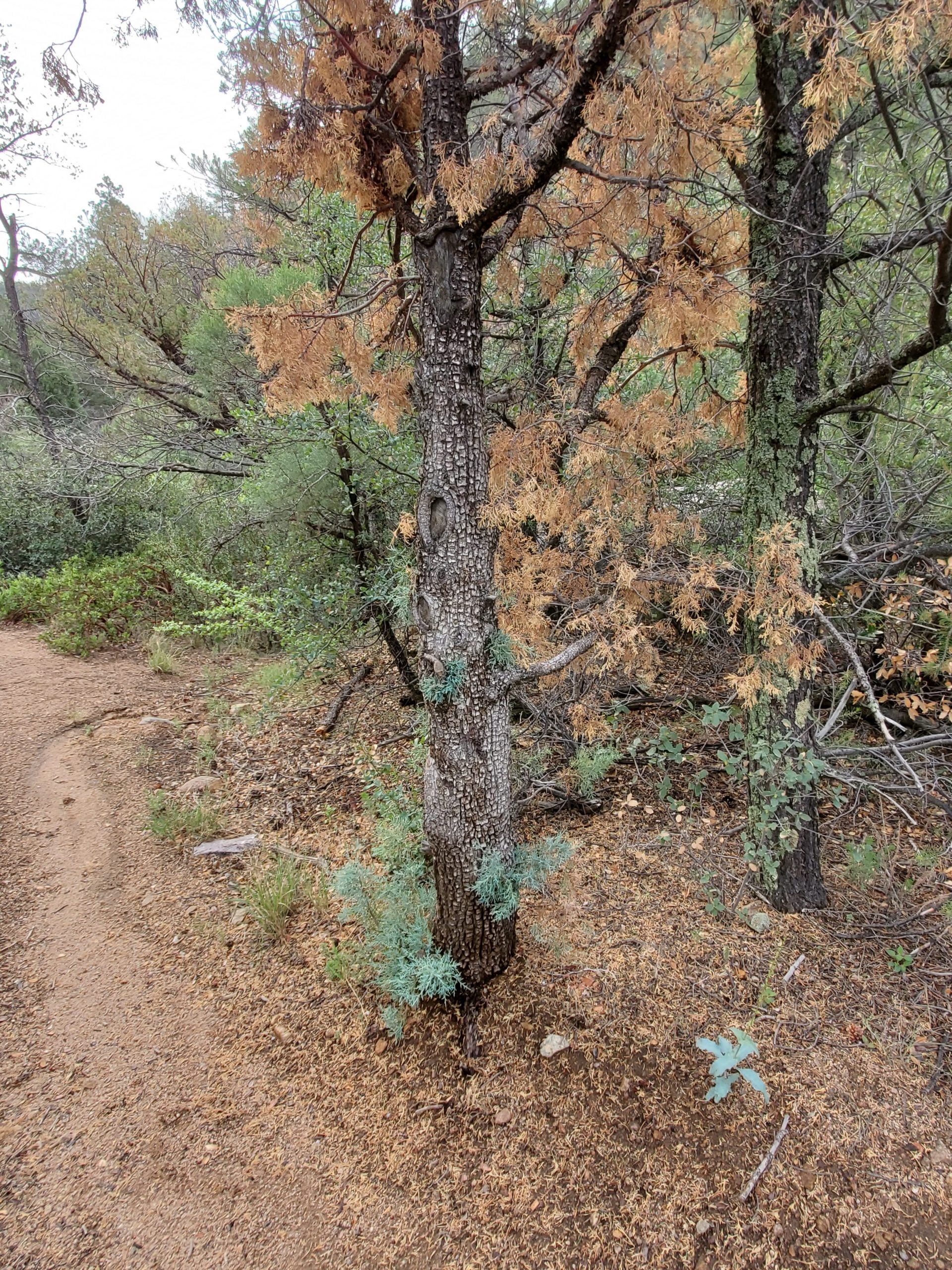