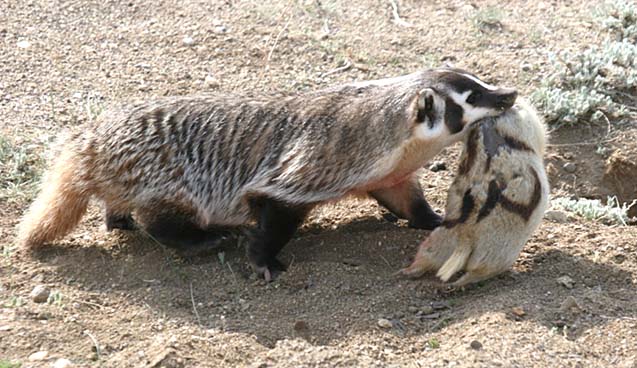 Focal Badger with another newly captured prairie dog, this one an animal that had been marked as part of Professor John Hoogland’s long-term studies of these burrowing rodents (photo by John Hoogland, used with permission)

The focal Badger carrying a Gunnison’s Prairie Dog to its litter of kits; observation blind in the background (from Kagel et al., photo by Brittany Minnig and used with permission).

If snakes are my favorite vertebrates, weasels (Mustelidae), the most snake-like of all mammals, includes some mighty close contenders. Mustelids range in size from Least Weasels (body mass ~250 g) to Sea Otters (up to ~50 kg) and, despite habitats as diverse as boreal forests and marine kelp beds, generally resemble each other in having elongate bodies and tails, but not especially prominent limbs. Our American Badger, a squat-bodied, short-tailed, grassland predator thus amounts to something of a Gaboon Adder among those more typically gracile weasels—blessed with extraordinarily powerful shoulders, front legs, and claws, with which it makes a living digging up subterranean prey. This month’s offering by Kagel and coauthors reports sustained observations of a female Badger with kits, and thus reveals in unusual detail the impact of an individual predator on a prey population. For those who relish glimpses into what it might be like to be, say, a Badger, this account is riveting, beginning with its stunningly apt title. The authors end with suggestions for some broader scientific implications, but this paper remains at its core a welcome window into the lives of two fascinating species. 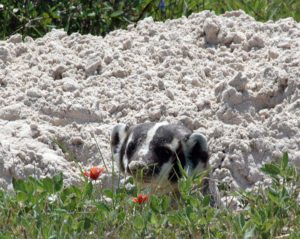 Badgers are specialized predators on burrowing vertebrates, especially rodents. This animal had briefly paused in its efforts to catch pocket gophers at Aransas National Wildlife Refuge in TX—note the quantity of excavated white sand, and grains on its nose (photo by Harry Greene, used with permission).

Kagel et al. also illustrates an opportunity for students considering careers in field studies, the National Science Foundation’s Research Experience for Undergraduates Program (https://www.nsf.gov/funding/pgm_summ.jsp?pims_id=5517). In this case, John Hoogland, of the University of Maryland’s Center for Environmental Science, was able to support Samantha Kagel and her fellow undergrad coauthors as assistants for his long-term studies of prairie dog biology and conservation. As Sam reported in an email to me, in her junior year at University of Texas at Austin, having enjoyed working in a fish behavior lab, she was eager to try field research. Long story short, she found Hoogland’s job listing and a few weeks later was driving to New Mexico. Being an REU student proved a great opportunity to grow as a researcher and test her limits. She found the field work “very taxing at times,” but richly satisfying in terms of familiarity with field data collection and close observations of wildlife—their group witnessed an Elk protecting its young from three Coyotes and the Badger leading offspring between dens. Getting to write and publish her first paper was an added bonus for Sam, and she now plans to pursue a graduate degree in behavioral ecology and conservation.

Note that each offering of Greene View is archived here, so one can always browse back through as they accumulate—and if you’re enjoying these glimpses into natural history as science, please consider financially supporting the Natural History Institute. Of course, I welcome feedback, including suggestions of papers to feature here in the future (email hwg5@cornell.edu). 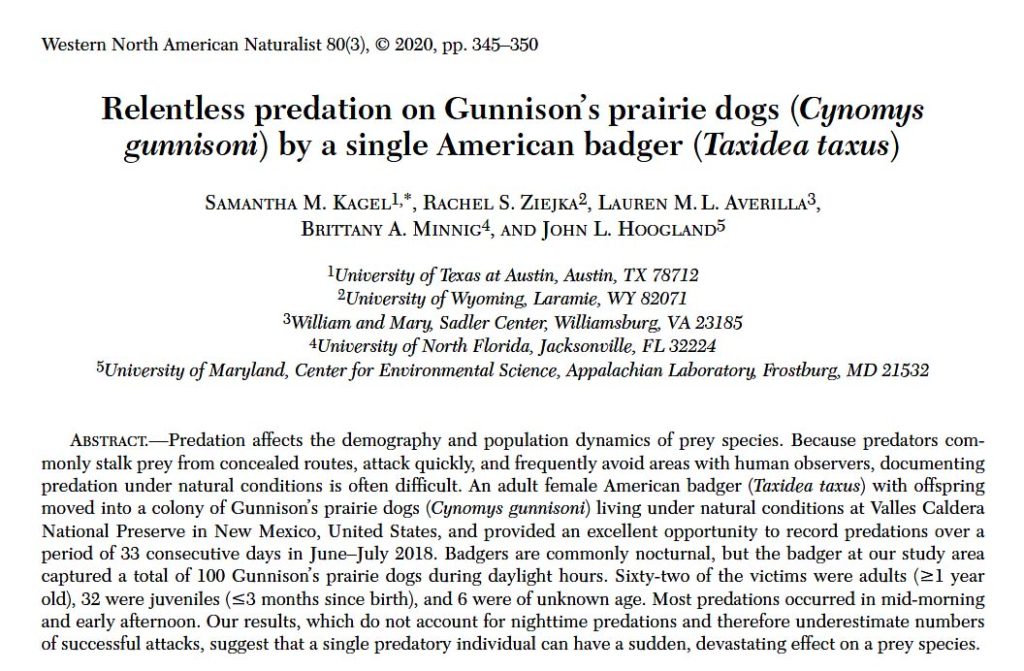 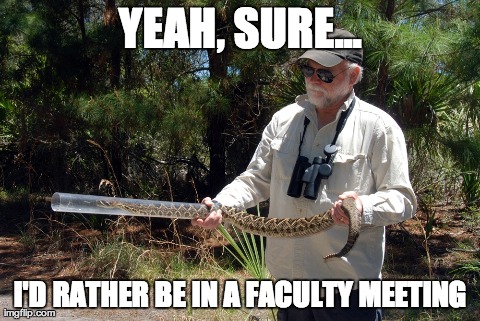