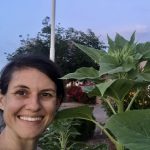 Lacey Schauwecker teaches language and literature courses at Indiana University. She has published journal articles on witnessing environmental and human rights crises in Literary Geographies and Genocide Studies and Prevention. Currently, she lives in Phoenix, Arizona and Bloomington, Indiana. 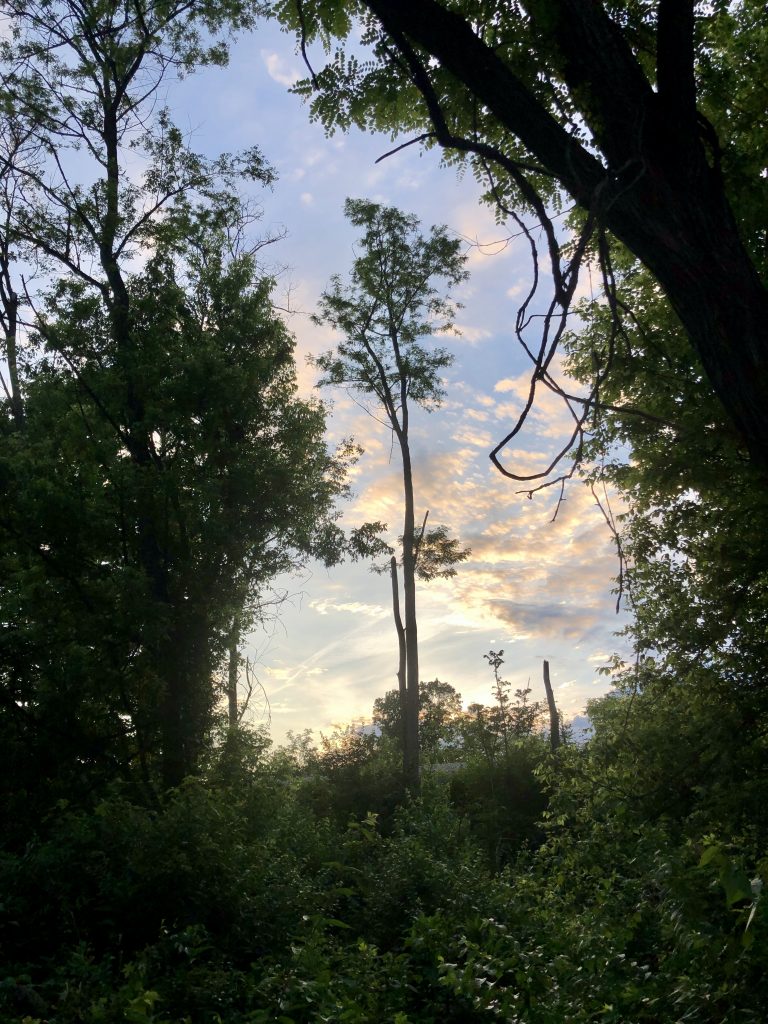 I keep a secret online journal titled “Day Pocket.” It has a subheading of “where time goes” and I only write there when I feel compelled to track down a moment and trap some meaning that I can then hold close. In 12 years, I’ve posted about 80 entries, which means this happens very sporadically. I only write when I don’t have the words but need them. It’s always work, and there’s always a short deadline. In passing, a day demands my attention.

This demand, so rare but relentless, feels like an event in itself. For this reason, I often write about bearing witness. When? Why? How? Here, I include three journal entries from the before times, early-stage pandemic, and (cautiously but optimistically) late-stage pandemic. Reading them in succession, I hear myself chasing time in circles, repeatedly returning to the same thoughts, feelings, and meanings.

For me, this journal series shows how my “Day Pocket” has a hole in it and can’t actually trap anything for too long. Good thing, because that’s exactly why it still exists.

I feel like I haven’t cried for years. The sensation floods my face regularly, quite a bit, but rarely enough to break my composure. So, I just stand there, emotional but empty, wondering if I’m having a moment. That wanting to cry but remaining unable feels like some version of infertility. No, inhumanity. Am I trapped in my human body? Or trapped out?

Actually, I did cry in public a few months ago. I was standing in a circle of people alongside a two-lane highway running through Arivaca, Arizona. Local activists had invited my students and me to join their monthly vigil for migrants who have died while crossing the surrounding desert. When my turn came to read a list of deceased migrants’ names, my voice broke.

It broke a lot, and I remember feeling grateful for being able to respond to reality appropriately for once. It’s tempting to say “that” reality, but there’s only one, and we’re in it together, even from far away. Humans are fleeing violence and poverty only to die from dehydration, caused by xenophobia. That is real. And yet I know it’s hard to register, I really do. We can’t feel everything. It’s not as if reality were its own commandment; as if witnessing were our only responsibility. Or is it?

I don’t care whether I’ve cried too much or too little. My concern is whether I’m still showing up and sensing all I can. For the only way to put one’s body in the world is to flood it. Flood it, patiently and honestly, until it overflows.

Tears are truth passing through us. They break us down and shut us up. They make us make way, pushing us back into a place that belongs to everyone and no one. That place is our very body, our one reality, and a world that survives itself only by seeing itself.

I can’t force myself to write. Professionals say sit down, every day, and give inspiration the chance to show up. But what if inspiration only strikes me when I’m least prepared? Normally, I have to be dismantled, sans writing utensil, and feeling halfway helpless. I have to be out in the mess of things, exposing myself to novelty, uncertainty, some pain. And I have to meet those things where they are, in the wild, beyond the shelter of my own home.

We’re now living in a peculiar moment of immense pain, but I can’t say that I feel it. Dying patients are saying their final goodbyes on FaceTime. Unemployed parents keep refreshing an IRS website that reads “error message.” And people who love each other sit rooms, households, and continents apart.

This morning, I joined an online writing class. The instructor insists that we write our way through this time, recording what it is like and maybe regaining some control. I’m at odds with this premise because my life hasn’t changed that much. Sure, I’m paying rent in one state and living in another; wondering whether I’ll see the person I was seeing ever again; and teaching students who have no need to learn (not this, not right now). Mostly, I’ve spent the last month waiting and persisting.

But I do have the sense that something, maybe everything, is breaking. This wild is just starting to invade us, slowly making jokes of our walls, security systems, writing desks. We’re living in a moment where too much privatization—of land, healthcare, communication, wealth—is collapsing in on itself, destroying the private altogether. Today, medical professionals are on the frontlines, separating the living from the dying. But there will soon be other wars, more casualties.

Surviving an apocalyptic future will probably require disarming ourselves, softening up on the spot, just like the writing professionals advise. We’ll have to train ourselves in paying attention, or witnessing what once was. When things get really ugly (regular pandemics, natural disasters, mass extinctions), it’s going to be hard to remember why life was worth saving in the first place. But isn’t that why we all write? We’re taking field notes because the field exists now, not forever.

Does that make all this a prologue for some final catastrophe? “Stay tuned,” I tell myself. “Stay as tuned as you can.”

One summer in college, I lived and worked at a Buddhist retreat center in the Rocky Mountains. After months of regular sitting meditation, my mind developed a newfound spaciousness. I learned to see my thoughts as distinct from myself and, with practice, let them go.

But the more I need to meditate, the less I do it. And so paying attention during the pandemic has mostly entailed walks, yard work, and clinging to my thoughts with a death grip. Pre-pandemic, I might have said these activities allowed me to “see my own suffering.” But now, more than ever, I value the pain of being in relationship.

To those emerging from long-term isolation or deep grief, this pain might come off as privilege. People I love got sick (but also recovered) from COVID-19. Friendships struggled to bridge political divides. Our pet chicken died. I won’t detail the petty arguments and ugly cries because I know you know.

But amid such drama, I realized that when I look out my window or stroll down my street, I stop knowing. Early on in the pandemic, I made an effort to identify two things I had been seeing, over and over again, in the Midwestern spring. Turns out they were comfrey and robins. One year later, in the Southwestern spring I had experienced perennially as a child, I likewise recognized fairy dusters and Angelita daisies, as such, for the first time ever.

Knowing a name is not the same as knowing per se, but it’s a start. Likewise, tending a neighborhood or home garden is not equivalent to mass reforestation but they’re both processes of restoring habitat and biodiversity. And they’re both best practices for being in relationship.

Even though I’ve spent whole summers in rugged and remote landscapes like the Rocky Mountains, I’ve still fetishized nature as wonder and mystery. In doing so, I’ve failed to try and understand it. Investing in such learning requires even more attention and more care.

I imagine that natural history might be a little like mediation. With practice, are we better able to recognize and release the object of our attention? And might that letting go oddly enable letting in? With humans and nonhumans alike, I’m interested in the type of intimacy that undoes you. Because if you’re feeling centered and in control, chances are that you aren’t actually in relationship.

The pandemic drew this painful truth into stark relief, forcing us to acknowledge interdependence at every turn. We needed water, toilet paper, international supply chains. We needed hugs, takeout food, that daily afternoon walk past the family of cottontail rabbits. In short, we needed (and still need) to pay attention to all that exceeds, outlives, and yet, for now, still needs us back: our world. The world.