The Empathy of Birds
 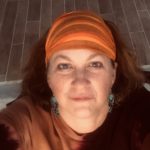 Raised by volcanoes in the Ecuadorian Amazon and Andes, I am a writer and educator whose work explores healing and nature in South America. I have an MA in Creative Writing from SUNY Binghamton and an interdisciplinary doctorate in the Humanities from Emory University. I live in Quito with my husband Dan, my son, two beloved cats and my potted plant family. My daughter has flown off to college. 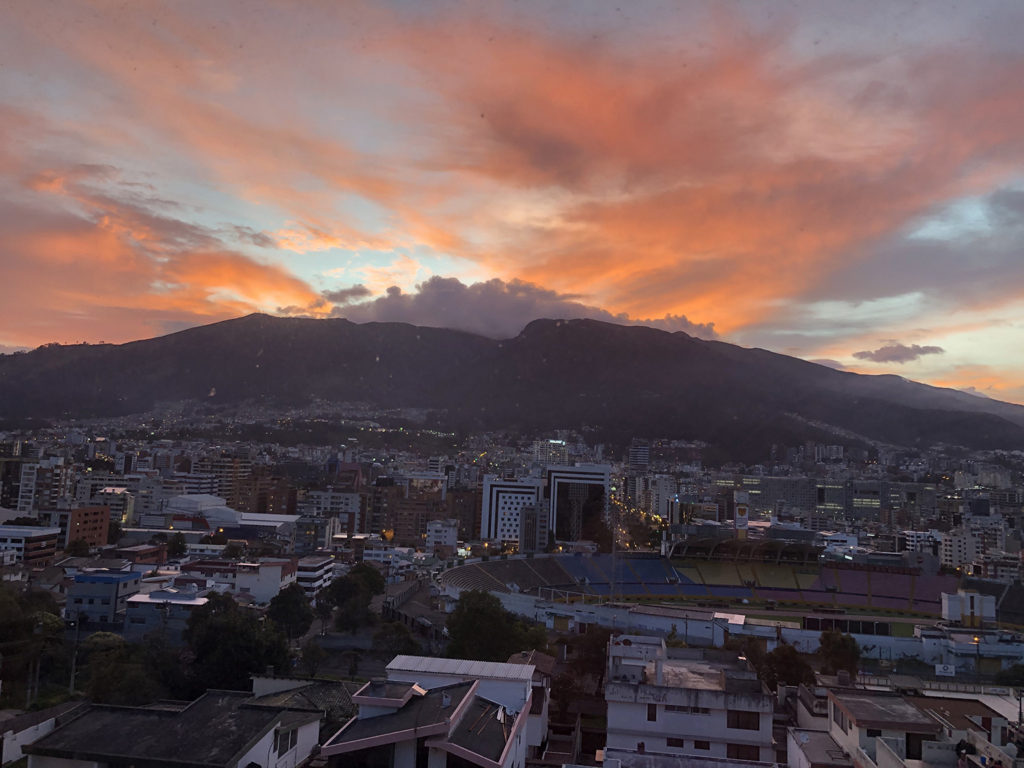 We are floating down the Tiputini River. My son sits in the front of the canoe listening. He is 14. He turns his head slightly, lifting his ear to the concert that pulses around us. We are in Yasuni National Park, the most biodiverse corner of the Amazon. He listens a little more and then begins to whistle a haunting 3-point song. He pauses, listens, waits, and then out of the canopy we hear the whistle returned. My son is singing with a Panguana, an Undulated Tinamou. Their call and response last for over an hour.

We visit the Casa del Alabado, the house of praise. Elegant stone carvings housed in glass stare out at us. They are w´akas. Ancient sacred beings. Carved thousands of years ago, we don’t know exactly who these stones represent, but their eyes look like birds. Owls.

Our guide pours water into a ceramic u-shaped bottle with two necks, a replica of one of the many Pre-Columbian sonorous objects in the Alabado collection. A tiny red bird perches on the rim of one of the necks. Small holes circle the other like a flute. She tips the bottle back and forth, her fingers flowing over the holes in the lip. The songs of birds swell into the room–a canopy full of calls rising up from the waters swirling through the dark hollows of this ancient instrument.

The ceramic flute astonishes with its liquid concert of songs and yet, it does not surprise me that a talented and observant musician who grew up in this living land thousands of years ago conjured out of clay this musical wonder, for we live in the land of birds.

In this tiny country the size of Colorado there are 1,670 identified species of birds, almost twice as many species as in all of North America. Hummingbirds alone, those fierce jewels of the air, represent 132 of those species. There are migratory birds who make their home in this land and other lands as well. There are birds that arrived here generations ago and found this land pleasing and decided to stay. There are newly arrived birds. And then, there are 41 species of birds who transformed into their current selves in relation to this particular place.  Thirty-four species endemic to Galapagos. Seven endemic to the mainland. You have likely heard of our brilliant hummingbirds, our Andean Condors, our Waved Albatross, our Flightless Cormorant, and of course, our Darwin finches.

There is an old w’aka story, recorded for the first time in 1653 by the Catholic priest Padre Bernabe Cobo. Still told today, the story recounts the origin of the Cañari people in southern Ecuador.

It is said that after the Great Flood, two brothers survived on a mountain. As the waters began to recede, they gathered sticks and built a rustic shelter. During the day they hunted for roots and herbs and at night they returned to their makeshift home. One morning, two Guacamayo sisters cloaked in shimmering blue feathers flew high across the forest and spotted the men below. They watched as the brothers returned to their home shivering, prepared their spare meal and then fell exhausted, lonely, in their cold beds.

The Guacamayo sisters felt pity for the brothers. One morning they waited for the men to leave and flew down to the shelter and transformed into two beautiful women with blue shawls. The women built a fire, prepared chicha and delicious food and then flew away.

When the brothers returned, they were astonished to find their house warmed and beautiful food laid out for them. This went on for several days. Overwhelmed by curiosity, the brothers decided to hide and see who was coming to their aid. They dug a hole in the darkest corner of the house and watched as the shimmering Guacamayo sisters descended, transformed into Cañari women and began to work, bringing joy to their home. The brothers whispered and decided to capture these women. The men grabbed the sisters, holding on to them before they could slip back into birds. They spoke to the women and convinced them to stay with them and marry them.

These are the first fathers and mothers of the Cañari people: brothers who survived the Great Flood and captured Guacamayo sisters; birds who, in their keen empathy, transformed into women to help the brothers in the face of devastation and despair.

Early morning. A fluffy layer of clouds blanket Guagua Pichincha, the volcano rising before me. I was born on the flanks of this mountain, as was my daughter.

I have crawled out of bed after a sleepless night to write. This is the amber hour–that predawn smoky ring of time when the Earth’s dreams interweave with our own. I light candles, open the window and lean out as far as I can to hear the soulful aria of a Great Thrush and the tsi-kiri-ki of hummingbirds rising from the clutch of pines circling our 8-story building.

I reread the text above. Written only a few weeks ago, my words speak to me as if over a great chasm.

Today is Sunday, March 29, 2020. We are in Day 13 of Quito´s COVID19 total lockdown. We are confined to our 4th floor apartment in a nationwide quarantine. My husband and son are with me. My beloved daughter is a heartbreak away.

The House of Praise is now shuttered. Yasuni closed.

Here in Quito, birdwatching is now defined by our wrap around windows. I follow the swoop and dive of Blue-and-White Swallows. Listen for the soft rhythmic murmur of Eared Doves perched momentarily on our window ledge before our cats startle them away. I scan the pines with a fierce intensity. Look! There! A Sparkling Violetear! And there! A Black-tailed Trainbearer! I watch with hungry delight as the hummingbirds spar and dance in the air.

I learn new names. Spinus magellanicus. Jilguero Encapuchado. The Hooded Siskin with its black head and bright yellow body forages for a moment on a branch and then, in a flash of gold, flits away. Phrygilus plebejus ocularis. Frigilio Pechicenizo. Grey-blue, the Ash-breasted Sierra-Finch stares up at me as his branch sways in the midmorning breeze.

I crane my neck to track a Peregrine Falcon soaring above our building.

Over the past few weeks we have tracked the novel coronavirus as it sweeps across countries, ravaging China, Iran, Italy, Spain. We have watched in disbelief as the U.S., U.K. and Brazil have been slow to recognize the existential threat circulating in our midst.

In Ecuador we believe that our government has acted swiftly though the virus has already slipped like a ruthless band of thieves through our city gates. In a state of alarm, Ecuador closes its borders with two days warning.

As soon as I hear the news, I call my daughter, a college freshman in New York, and tell her to leave immediately. With the help of so many friends, we get her masked and gloved onto planes headed south. But then, a faulty bathroom in her connecting flight leaves her stranded for four hours. The wait is excruciating. She arrives in Florida missing her flight to Quito by minutes. As I write, my dearest first born is marooned in the U.S. In my bones I feel she has been caught on the wrong side of a border, ambushed by an unseen enemy in what promises to be a devastating war.

I obsess on the miserable absurdity of her delay–a broken bathroom! Later, she tells me that her plane was full of raucous “bros” headed for Spring Break. We see them in news footage crowding beaches bragging about their invincibility. “Nothing is going to keep me from partying,” one sunburned blond boasts to the camera.

Five days into quarantine, my beautiful son turns 15. We tele-celebrate. Perched on my phone screen, my daughter sings Happy Birthday to her brother from 4,379 kilometers away. As my son blows out his candles and his sister calls out to him in love, I shut my eyes and with the silken powers of Chagall, I will my beautiful children up over the Andes eastward to the Amazon, back into the forest and into that canoe with the lulling ripple of the Tiputini and the mournful song of the Panguana to comfort us all.

I am trying to listen.